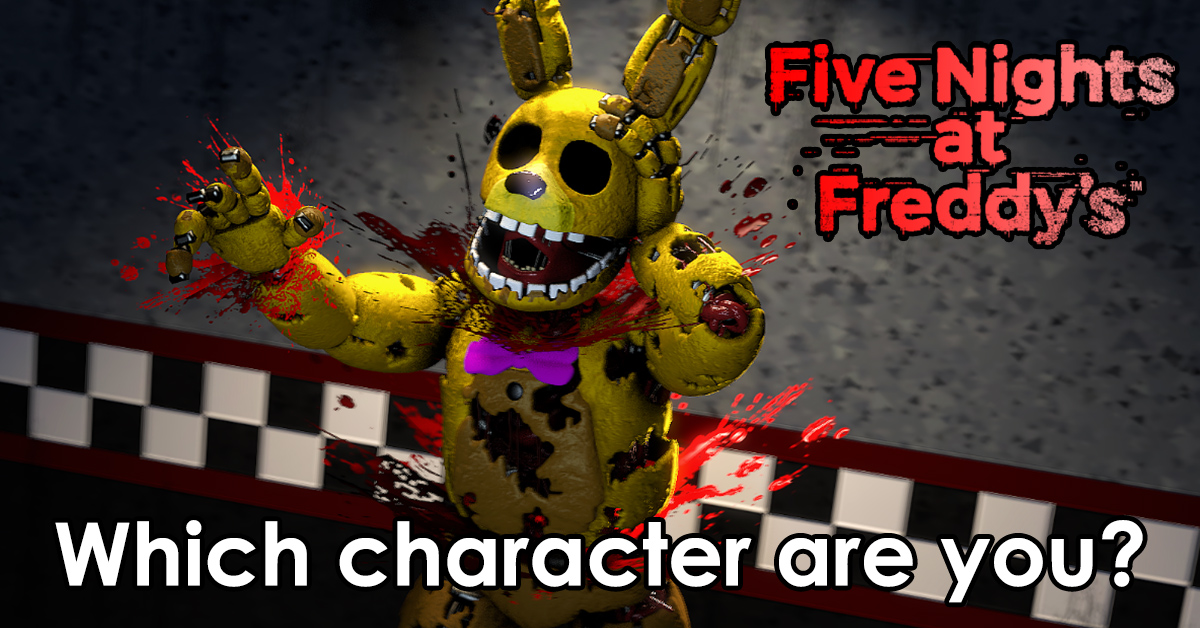 Which character in Five Nights at Freddy's are you?
Continue with Facebook
Start

The story of the series centers on a fictional restaurant called "Freddy Fazbear's Pizza", which is inspired by the real-life Surprise Mouse and ShowBiz Pizza Place[1]. In the first three games, the player played a night guard, using different props to survive and avoid being attacked by murderous animal mechanical dolls. The fourth game uses a different gameplay from the previous game. This story takes place in a child's home. Players must fight against the nightmare robot doll and shut the door at the right time to avoid damage. The fifth installment takes place in a maintenance facility owned by the sister company of Freddy's Pizza. This time, the player plays a technician and performs various tasks according to the instructions given by the artificial intelligence. The sixth game is a business simulation game where the player takes on the role of the owner of a pizza restaurant, paying for items and decorating the restaurant. Similar to the previous game, the player must perform a night shift in a pizza restaurant.

On Halloween in 2016, a new spooky haunted house was built in the Adventure Dome [2] that references this series. In addition, this series also appeared in "Guinness World Records: Gamer's Edition", setting the record for "the most sequels released in one year"[3].